The Waiting of Lester Abbs

First play Lindsay Anderson directed at the Royal Court Theatre.  The play was performed in June 1957 as part of a season of Sunday night productions for new writers and directors.

By Kathleen Sulley
Without décor 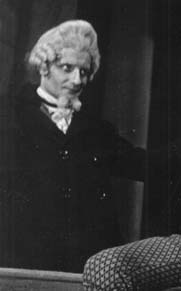